It isn’t easy opening a museum. That’s something the folks in Fort Smith have discovered during the past 15 years.

The United States Marshals Museum is meant to honor the contributions of the marshals who have served the country since 1789. The U.S. Marshals Service awarded the city of Fort Smith the $58 million project in 2007, but unforeseen obstacles have delayed its opening until — fingers crossed — this summer.

Museum CEO Ben Johnson said he understands that people might be skeptical of the new schedule after the museum postponed previous opening dates in 2016 and 2019. Even as the project’s cost dropped to about $50 million, getting over the last hump has been difficult.

“There is a little bit of a hangover of ‘come on guys, just open,’” Johnson said. “That is what we are battling right now.”

The 53,000-SF building on the banks of the Arkansas River — designed by Polk Stanley Wilcox Architects and built by CDI Contractors, both of Little Rock — is complete. All that remains, Johnson said, is a little more fundraising — about $4 million — and completion of the museum’s interactive exhibits. 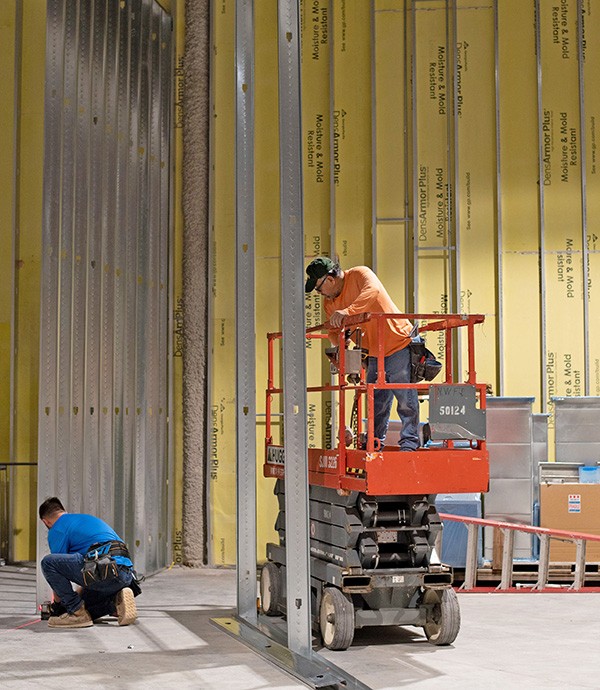 Fundraising has been a challenge. The Great Recession, which began in December 2007, chilled early giving. In 2019, roughly five years after the museum broke ground, Fort Smith voters defeated a proposal for a temporary 1-cent sales tax that would have raised $16 million to fund it. A few months later, as fundraising neared the $50 million goal, the pandemic struck.

Still, the museum attracted notable benefactors, including the family of the late Lt. Gov. Winthrop Paul Rockefeller and Rogers developer Laurice A. Hachem, who is chairwoman of the museum foundation’s board of directors. Last year, an anonymous donor pledged a $5 million matching gift.

“Having to raise $47 million during a recession, a pandemic and record inflation has been very, very difficult, but we are there,” said Doug Babb, the chairman of the museum’s board of directors. “When you are raising $50 million and you are having to do it primarily from local and regional corporations and individuals, that is a daunting task. Despite all that, we are getting to the finish line.”

Johnson has been CEO and president since August. He joined following the resignation of CEO Patrick Weeks after Weeks’ arrest and subsequent conviction for pointing a handgun at two construction workers near his home in December 2021. 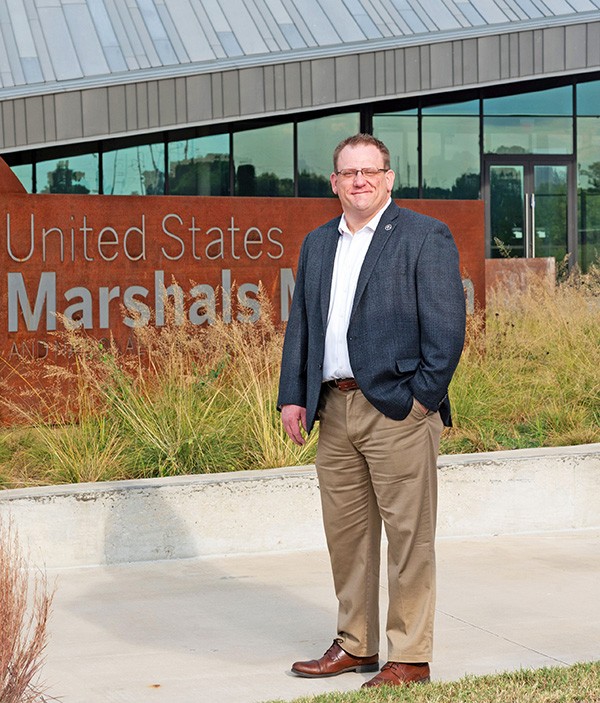 Ben Johnson, CEO of the U.S. Marshals Museum: The museum will highlight the “good, bad and ugly.” (Sarah Bentham)

Johnson had spent 20 years as a museum executive and admitted he knew nothing about the Marshals Museum or Fort Smith. What he discovered about it made him a believer.

“It’s not every day that a new museum of this caliber is built and opened, let alone away from some of the large coastal cities,” Johnson said. “It was a unique opportunity to get in on the ground level and make it happen, push it over the finish line so to speak.”

Johnson was also interested because the Marshals Museum won’t be a typical museum, static and staid. Its galleries will include more than 40 interactive exhibits; Johnson is particularly excited about one with a holographic bartender and a vintage 19th century bartop he calls “too cool for words.”

Babb said he is confident the museum will be worth the wait. Babb is one of the longest-tenured officials with the museum; he joined the original board in 2008.

“It is not going to be a museum where you go in and see a bunch of things in cases,” he said. “That is not what this is. It is more like a trip to Disney World or Universal Studios with state-of-the-art everything.”

Johnson said the museum will highlight the “good, bad and ugly” of the marshals service.

Throughout their history, marshals have hunted fugitives, run the Witness Protection Program and escorted Black children who were desegregating schools in the 1960s. They also returned escaped slaves to their owners before the Civil War.

“As a history geek, I was almost embarrassed I didn’t know more about them,” Johnson said. “This is a relatively small federal agency that has a footprint in every community in the country. [I]t is about time for the oldest federal law enforcement agency to be able to tell their story.

“There are parts of their history, just like parts of the American story, that aren’t the greatest. They want to tell those stories about how they have evolved and how the country has evolved.”

“It’s going to be a real boost to our economy,” Babb said.