At one point this summer, Ouachita County Medical Center in Camden was on life support, rapidly running out of cash.

The 98-bed nonprofit hospital needs about $106,000 in daily revenue to meet its $34 million annual budget.

But for three weeks in June, “we averaged $135,000 total for the entire week,” said Peggy Abbott, the hospital’s president and chief executive officer.

The hospital received a $6 million financial infusion in September after applying for state American Rescue Plan Act funds — money that will help but won’t solve all its financial problems.

“I am bracing up and have stressed to our managers and I’ve said to our board, we are far from out of the woods,” Abbott said. “On the governmental level, it’s as if we’re out of COVID, but hospitals haven’t rebounded from COVID.”

OCMC’s plight reflects a rough new era in hospital management. Institutions of all sizes have struggled in recent years with stagnant reimbursement rates for services and increased costs for labor and supplies.

“It’s put hospitals behind,” said Bo Ryall, president and CEO of the Arkansas Hospital Association. “We certainly need payment reform on all levels — Medicare, Medicaid and commercial insurance — for hospitals to survive.”

The problem is even more acute for rural hospitals like OCMC, which provide their communities with health care access and are key for economic development. Arkansas has 48 rural hospitals, and 22 of those are in danger of closing, according to an October report from the nonprofit Center for Healthcare Quality & Payment Reform of Pittsburgh.

The danger is not unique to Arkansas. Medical centers are struggling nationwide.

Nine months into 2022, U.S. hospitals and health systems are operating “substantially” below pre-pandemic levels, according to Kaufman Hall of Chicago, which advises health care and higher education organizations and collects data from more than 900 American hospitals.

Its September report said most metrics improved month-over-month in August as revenues increased and expenses slowed compared with July. “However, organizations are still in poor shape, with a negative median operating margin,” it said.

Arkansas hospitals might soon see more money for providing services to Medicaid patients. The Arkansas Department of Human Services is working with the Arkansas Hospital Association on a rate review for inpatient and outpatient hospital rates. The recommendations are expected by the end of the year.

“From our point of view, hospitals haven’t received any type of rate change for outpatient rates since 1992 and inpatient [rates] since 2007,” Ryall said. “So I think it would be pretty easy to say that hospitals are due a rate adjustment.”

Arkansas Democratic gubernatorial candidate Chris Jones said in a statement to Arkansas Business that he supports increasing Medicaid reimbursement rates. “This will go a long way to help ensure that we’re resourcing hospitals appropriately,” he said.

Jones said he is “deeply concerned” about the health of the state’s rural hospitals, which have lost millions of dollars, putting some in danger of closing. “We must ensure that every person and every community in Arkansas has access to adequate healthcare,” he said.

Republican gubernatorial candidate Sarah Huckabee Sanders “wants to look holistically at best practices for stabilizing rural hospitals across Arkansas because they are critical to our communities, not just for providing emergency medical care but also for promoting economic growth,” Sanders’ spokesman, Judd Deere, said via email. “Developing sustainable, long-term strategies must be the priority, not taxpayer bailouts.”

In the meantime, Abbott said the uncertainty around reimbursement rates makes it difficult to plan for the hospital’s future. “We’re confronted with so many unknowns,” said Abbott, who has been at the hospital for 35 years and has served as its leader since 2013.

There are some bright spots at OCMC. A doctor specializing in obstetrics and gynecology started at the hospital in August and a surgeon began practicing there last month. “They each brought some expertise that we didn’t have heretofore, but there were very dark days,” Abbott said.

In its fiscal year that ended Sept. 30, surgeries at the hospital had declined 34% from the previous year. 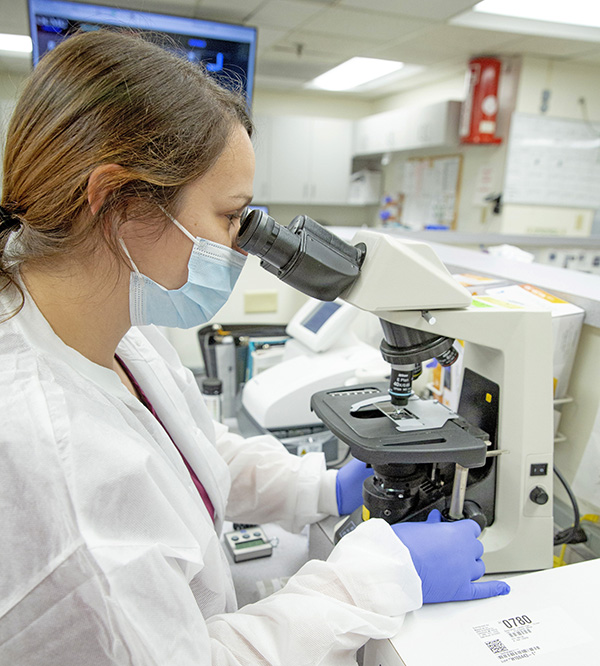 Opened in 1952, OCMC is vital to the county of about 22,000 people, Ouachita County Judge Robert McAdoo said.

In addition to providing health care, the hospital is one of the county’s top selling points when looking to attract companies to the area’s industrial park. “When a company’s deciding to come to the industrial park, one of the first questions I’m asked about is the hospital,” McAdoo said.

Highland Industrial Park in East Camden is home to Lockheed Martin and Aerojet Rocketdyne, which employ most of the area’s 3,500 defense industry workers.

The hospital also is committed to residents. “It’s wonderful because you see people out in the community,” said Sheila Johnson, the assistant director of nursing. “We’re at the ballgame, church, Walmart, and they [say], ‘There’s my nurse’ or ‘How are you doing, nurse?’”

While the county population has been slowly declining since the mid-1980s, the hospital has expanded. It offers an inpatient drug treatment program that has been operating since the 1980s. OCMC also allows patients to remain in the hospital for up to 28 days, making it one of the few such hospital programs in the state.

“We must do what we can to keep this hospital viable for the community,” Abbott said.

In 2018, it started a cardiac service line that includes heart catheters. It also installed a state-of-the-art heart catheter lab within its operating room. Other projects in recent years have included renovating its labor and delivery area and emergency department.

OCMC’s mission is to provide quality, accessible health care. “And I can truly say that every product line we look at, every decision that’s made is made based upon how will it impact this community,” Abbott said.

Abbott said she remembers March 11, 2020, as the day the financial situation changed for the hospital.

Responding to COVID-19, state government mandated hospitals to cease all elective procedures. “That’s a lot of our revenue,” Abbott said.

People also avoided the hospital in the early months of the pandemic. The number of people going to OCMC’s emergency room fell by a third.

“And so there was not the money coming in that normally would be. That was a devastating blow to us,” she said. “That was the tipping point.”

After the state directive, OCMC laid off a few staffers and decided not to fill positions after some employees left. It also reduced staff hours.

OCMC received $4.3 million in advance payments from Medicare to help cover revenue lost to the pandemic. Those payments had to be repaid in 29 months. 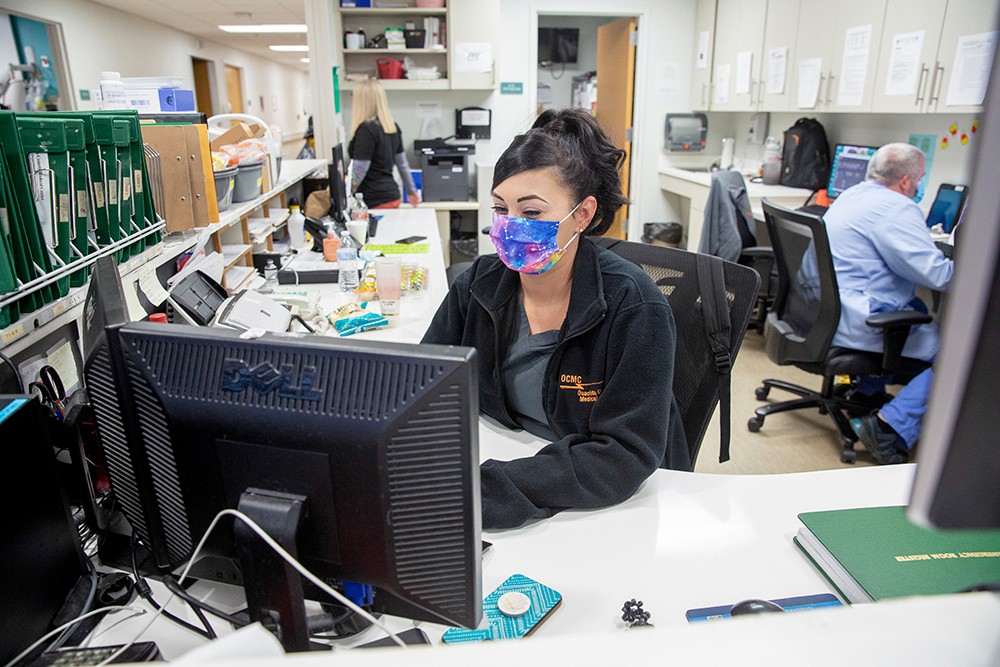 Nikki Cross works as a unit clerk in the hospital’s emergency department. Staff expenses at the hospital are now $17 million a year, up $2 million from pre-pandemic levels.

These days, the medical center’s patient caseload still hasn’t rebounded from where it was before the pandemic. In the meantime, costs have risen $3 million and the hospital’s revenue has fallen $1.4 million below where it was a year ago.

One of its key expenses: staff. It’s now $17 million, up about $2 million from pre-pandemic levels. When the pandemic started, OCMC had 469 employees. Now it has 439.

Abbott said OCMC used staffing agencies to fill open vacancies. For its fiscal year that ended in September, the hospital paid $1.5 million to employment agencies. Before the pandemic, the amount was “almost nonexistent,” Abbott said.

But the hospital’s cash crisis could be traced to June, when Medicare began withholding 50% of its reimbursement to OCMC to repay the advance it received at the start of the pandemic.

Abbott said that she knew in June, OCMC would not have enough money to cover payroll when Medicare started withholding 100% of its money in October.

In June, the hospital closed a 20-year-old rural health clinic in Stephens. It had lost money every year, and closing the clinic saved OCMC about $150,000 a year.

It also reduced the hours in its urgent care clinic. Abbot said that was a difficult decision, because staying open later means seeing more patients and collecting more revenue.

“But, still, you have to just begin to hunker down,” she said.

Abbott reduced her salary by 20% and others on the hospital’s leadership team also took a pay cut. Abbott said she didn’t want to cut services. Once that happens, it would be the hospital’s death knell, she said.

“When you reach the point that you’re having to do that, you know that it’s critical ahead,” she said.

Abbott said she didn’t realize until summer 2022 that Arkansas still had about $600 million in American Rescue Plan Act money available. The hospital filled out an application.

“It took quite a while for the ARPA application to even get brought forward to the legislative committee, but thank goodness we were approved,” Abbott said. “And that has really been a life-sustaining gift.”

The money arrived in September but came with an extra burden to the hospital. “We have to show that we have a sustainable plan in place,” she said. “It was a little more of an arduous task assigned to an already stretched thin staff.”

Abbott said she’s grateful that the money will cover the hospital’s payroll. But other bills remain.

“You have utilities that have to be paid. You have to buy medication for your patients. You have to pay those suppliers,” she said.

On Oct. 21, Abbott learned that a piece of equipment in the hospital’s boiler room needs to be replaced. It will cost $100,000.

“When the board hired me I said, ‘I’ve always loved a good challenge. And you certainly gave me one,’” she said. “It is exorbitantly challenging, but so gratifying. 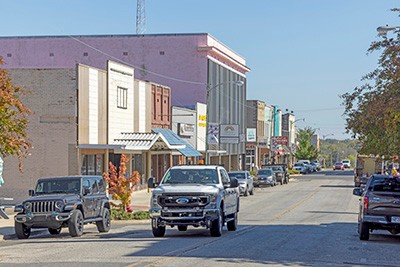