While a single wind project won’t seal the fate of America’s energy markets, resistance to Southwestern Electric Power Co.’s Wind Catcher project comes in conjunction with support for coal and nuclear power at the highest levels of American government.

President Donald Trump has asked Energy Secretary Rick Perry to recommend plans for keeping coal and nuclear plants from closing, and the DOE is flexing emergency powers from a Cold War-era nationalization law in a bid to keep those plants operating even as critics decry the move as unnecessary interference in the energy market.

Meanwhile, some fossil-fuel generation projects have been tainted by by underhanded tactics. Entergy “severed its relationship with The Hawthorn Group,” according to a statement provided by spokeswoman Kerri Jackson Case, and placed the Virginia PR agency on a “‘do not hire’ list.” The utility took action after Hawthorn subcontracted for actors to attend meetings in New Orleans to support a $210 million natural gas-fired power plant that was eventually approved by the New Orleans City Council.

The publicly traded utility would not comment on other relationships, it said in response to questions about Justin T. Allen of the Little Rock office of the Wright Lindsey Jennings law firm and Terry Benham and Shelly Dupre of Impact Management Group. All three have worked against Wind Catcher.

Allen is the public spokesman for Protect Our Pocketbooks, a group that spent $162,901 fighting Wind Catcher in just the first three months of this year, lobbyist finance reports show. Most of the money went for ads.

Swepco representatives complained that the ads were misleading, and renewable energy advocates like Dave Anderson of the Energy & Policy Institute and Simon Mahan of the Southern Alliance for Clean Energy collated documents tracing the origins of the anti-wind farm groups.

EPI, which describes itself as a “watchdog exposing the attacks on renewable energy and countering misinformation from fossil fuel interests,” unveiled North Carolina incorporation documents for Americans for Affordable Energy that list an Oakton, Virginia, address that is also the home of Frank Klepadlo, director of research for the Hawthorn Group. 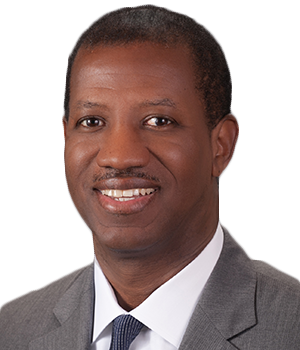 “These kinds of activities run directly counter to the way we conduct our business,” Entergy’s general counsel, Marcus Brown, said in a statement last month. After apologizing, Brown said that the actors’ hiring “was undertaken without our knowledge or approval,” but added that “ultimately we are responsible for the actions of those who act on our behalf, and we are taking steps to prevent a similar situation from happening again.”

Incorporation documents from Delaware show that Protect Our Pocketbooks and Americans for Affordable Energy were registered by the same agent, the Corporation Trust Co.

Allen, the Wright Lindsey Jennings attorney and lobbyist who has been a public spokesman for Protect Our Pocketbooks in Arkansas and Louisiana, has worked for oil and gas producers and lobbied for Entergy Arkansas, according to Arkansas lobbyist disclosure records.

His name is also on ad disclosure files with the Federal Communications Commission, which indicate Protect Our Pocketbooks financed ads on Little Rock television stations KATV, KTHV and KARK, as well as several stations in west and northwest Arkansas. The group also paid for anti-Wind Catcher commercials on stations in Baton Rouge and Shreveport, where Swepco is headquartered.

Allen, who has said in the past that the donors behind the ads “are anonymous and choose to remain that way,” did not respond to an Arkansas Business request for comment. Neither did Grant Tennille, the former Arkansas Economic Development Commission executive director who wrote a February commentary against the wind project for Talk Business & Politics.

Tennille, a spokesman for Renewable Arkansas, which says it favors local solar power over Oklahoma wind generation, has appeared before the Arkansas Public Service Commission representing Arkansas Electric Energy Consumers Inc., made up of industries that use huge amounts of power in the state. It has opposed the Obama-era Clean Power Plan and other initiatives fought by fossil fuel interests, including a state policy proposal to pay home power producers the same retail rate for energy they put onto the grid as they are charged for electricity they take from it.

A request for comment from Impact Management also drew no response.