In the Rockets' Red Glare, Camden Workers Stand Out

The Camden area has a long history of making things that go up (and go boom), but the future growth of its crucial defense industry may hinge on how a huge government contract decision comes down.

Aerojet Rocketdyne of El Segundo, California, which has an 800-plus-employee solid rocket motor production facility in East Camden, is competing to land a multibillion-dollar piece of an $85 billion program to replace America’s aging fleet of intercontinental ballistic missiles. A Defense Department request for proposals from manufacturers could come as early as next summer.

Aerojet Rocketdyne, which announced a 140-worker expansion in East Camden in August, is in the running as the Pentagon phases out Minuteman III missiles, long a staple of America’s ground-based nuclear defenses.

One of just two domestic makers of solid rocket boosters, the company announced plans to phase out manufacturing at its Sacramento plant in 2015 and initiated the $50 million Camden expansion in part to get ready for the ballistic missile project, known as GBSD.

Eileen Drake, the company’s president and CEO, spoke about it on a visit to Arkansas on Aug. 15. “With this expansion, we will be able to increase the volume of solid rocket motors we produce for tactical and missile defense systems used by America’s warfighters,” said Drake, a former Army pilot.

“It also will allow us to build large solid rocket motors in Camden for our nation’s strategic defense requirements such as the Air Force’s Ground-based Strategic Deterrent program, which will replace America’s aging Minuteman III intercontinental ballistic missiles,” she added.

While there’s no guarantee Aerojet Rocketdyne will snag any GBSD work, success could make the 140-worker surge just a foretaste of big hiring on the horizon.

Defense industry analysts say the company is likely to get some of the work because the Department of Defense fears relying on a single supplier for all of its solid rocket boosters. The only other American manufacturer is Northrop Grumman Innovation Systems, which acquired rocket manufacturer Orbital ATK in a deal completed in June.

Military History
The Pentagon’s 2017 Annual Industrial Capabilities report to Congress noted that Aerojet Rocketdyne was pondering a Camden expansion but feared the company would scrap the idea “if they are not part of the winning team for GBSD.” Loren Thompson of the Lexington Institute, a defense think tank, told SpaceNews magazine in June that the new missile program, which will require thousands of rocket stages, “will drive demand for (solid rocket motors) for at least the next dozen years. If Aerojet Rocketdyne has no role, it is out of the business.”

Rockets became big business in the Cold War and Space Age, but then Russia diminished as a nuclear threat and NASA shut down its shuttle program. Aerojet Rocketdyne, an industrial fixture in East Camden since 1979, found itself competing in a shrunken market. It has built motors for every strategic rocket the U.S. has used since the submarine-launched Polaris first appeared in the 1960s.

“If Aerojet can be a part of the GBSD program, it could mean a major boon to the Camden area, a generational change where we could expect the children of today’s workers to take these high-tech and high-paying jobs in the future,” one industry insider said, speaking on the condition of anonymity.

Aerojet Rocketdyne is one of four major defense and aerospace manufacturers occupying millions of square feet in Highland Industrial Park in East Camden, across the county line from Camden in Calhoun County. Highland is one of the nation’s largest privately owned industrial parks and part of the former Shumaker Naval Ammunition Depot, a World War II bomb-making behemoth that covered nearly 70,000 acres.

When the U.S. Navy was finished with the depot in 1959, International Paper Co. bought about 40,000 acres for forestry. Brown Engineering of Houston, Texas, a forerunner of today’s owner, Highland Resources Inc., purchased a large tract for developing the industrial park, which now covers some 15,000 acres. Highland’s founders, George and Herman Brown, were also owners of the Texas construction giant Brown & Root.

Other top defense companies at the industrial park (see Arms Makers Have Women at the Top) are Lockheed Martin, whose Missiles & Fire Control unit employs about 700 at Highland; General Dynamics Ordnance & Tactical Systems, with close to 300 employees making munitions, rocket motors, precision missile warheads and conventional and guided bombs; and Raytheon Missile Systems, with up to 199 workers, according to the Arkansas Economic Development Commission.

Good Pay
The AEDC, along with the Ouachita Partnership for Economic Development, partnered on the expansion project with Aerojet Rocketdyne, which relocated its Solid Rocket Motor Center of Excellence from Sacramento to East Camden in 2015. Its Arkansas workers, who manufacture 75,000 solid rocket motors a year, are paid well above the average state wage. The same is true for employees of the other local defense plants, according to James Lee Silliman, executive director of the OPED, though he couldn’t give specific pay ranges.

Aerojet Rocketdyne said average pay for its Camden workers is about $57,000 a year.

“Obviously the defense industry operations based here in south Arkansas are crucially important to the local economy,” Silliman told Arkansas Business. “Defense contractors are our main economic base, and I’m going to say that collectively the companies in Highland Industrial Park probably employ 3,000 to 3,500 local workers.”

Workforce Praised
Part of the allure is an experienced, dedicated and ready workforce. Lockheed Martin’s East Camden employees have an average of 12 years of service to the company, for instance, and nearly half have an associate degree or higher; 15 percent are military veterans. “That’s why defense contractors come to Camden, because they know our workforce gets it,” Silliman said.

Drake, the Aerojet Rocketdyne CEO, agreed. “We’ve benefited over the years from a workforce that is smart and dedicated, but just as important, a group of people who share the key values of this company,” she said in her Arkansas visit.

Gov. Asa Hutchinson, who hosted the expansion announcement ceremony with Drake at the state Capitol in August, said Arkansas is known worldwide as a high-tech manufacturing source. “The aerospace and defense industry has consistently remained one of our state’s top exports, and I am grateful for the confidence that Aerojet Rocketdyne has placed in our workforce over the years.”

He described Camden’s defense industry as “an incredible source of jobs and opportunities,” and noted that the current Aerojet Rocketdyne expansion came on the heels of a 2015 expansion involving 85 new full-time jobs and an $18 million investment in equipment and facilities.

Examples of export deals fueled by Arkansas manufacturing include Raytheon’s $2.4 billion Patriot missile contract with Qatar in late 2014 and a more recent Patriot deal with the Polish military that was originally at $10.2 billion but was reduced in price in January.

“These are very high-tech programs and some of the most sophisticated built anywhere,” Silliman said. “The jobs do require a high degree of training.” The Ouachita partnership provides resources for workforce training, he added.

State incentives for the Aerojet Rocketdyne expansion included the Create Rebate, an annual cash-back program based on the number of jobs; Tax Back, or sales tax refunds on building materials, taxable machinery and equipment; and $1.3 million from the governor’s Quick Action Closing Fund.

The Ouachita Partnership offered local incentives including $126,900 for job creation, $90,000 for training, $18,000 for recruitment and $2,000 for worker retention. “That’s a total of $236,900 in local offered incentives for the expansion announced in August,” Silliman said.

A Camden native, Silliman is grateful that defense jobs came to the rescue after the area’s International Paper plant closed in 2000. “I’ve been here most of my life, in everything from private business to elective office,” he said. “The economy is picking up now, driven by the fact that defense industries are gearing back up.”

Arms Makers Have Women at the Top

The glass ceiling is no match for missile makers, it appears. 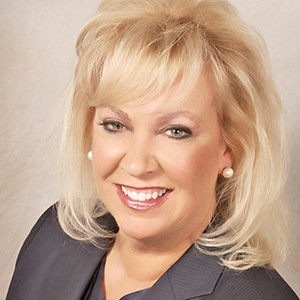 Three of the four biggest defense contractors with operations at Highland Industrial Park in East Camden are led by women, a stark illustration of how gender dynamics have changed over the past few decades in a male-dominated industry.

Eileen Drake is CEO of Aerojet Rocketdyne of El Segundo, California, which has about 800 employees in Arkansas and will be hiring at least 140 more over the next three years. Her right-hand man in south Arkansas is Site Manager Robert Daidone. The company had $1.9 billion in annual revenue in 2017, up 6.6 percent from the year before. 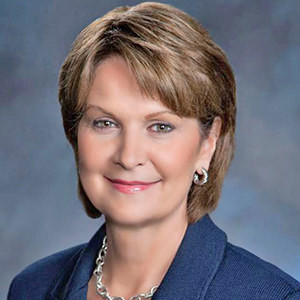 Lockheed Martin, based in Bethesda, Maryland, and led by CEO Marillyn Hewson, has close to 700 workers in East Camden making mobile missile-launch vehicles and multiple-launch rocket systems and the TACMS missile, as well as precision-fire ordnance. The East Camden site manager is Justin Routon. Lockheed had $51 billion in 2017 revenue and more than $2 billion in profits. 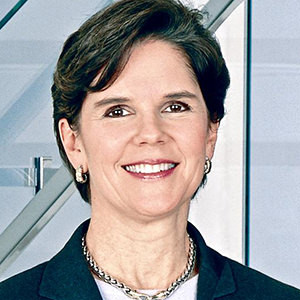 Phebe Novakovic, a former CIA and U.S. Defense Department official, is CEO at General Dynamics, which has 200-299 workers building a variety of munitions and warheads at East Camden. Her company had $31 billion in revenue and $2.9 billion in profits. Her top man in Arkansas is Production Manager Erik Perrin.

The fourth major defense contractor, Raytheon, is led by CEO Thomas A. Kennedy. The company, whose 200-employee Raytheon Missile Systems unit in East Camden is led by Randy Graham, had 2017 revenue of $25.3 billion, with income just above $2 billion.

Other top defense-related companies at the industrial park include Esterline Defense Group, Day & Zimmermann, Spectra Technologies, Rheinmetall Defence, Camden Machine Tool & Die and Highland Machine Works. B&M Painting Inc., another aerospace/defense contractor, is based in Camden but not at the Highland park.