The timber industry, the biggest employer in south Arkansas, has recovered in the decade since the Great Recession. That doesn’t mean it will ever be the same.

And though historians and journalists love to mark anniversaries, real life is not so neat. Things began going badly for the industry by 2006, at least two years before most people were ready to declare the United States in a recession, which, officially speaking, lasted from December 2007 to June 2009.

“It’s a bloodbath,” Steve Anthony, president of Anthony Timberlands Inc. of Bearden, told Arkansas Business in October 2006. “It’s the worst industry recession in the past 40 years.”

It was a bloodbath brought on by the nationwide housing bust, during which housing starts, calculated on a seasonally adjusted annual rate, fell 79 percent from a bubbly high of 2.3 million in January 2006 to 478,000 in April 2009.

Demand for timber dried up and lumber prices plunged. In 2006 alone, the lumber producers in Arkansas that were forced to trim production included big out-of-state operators like Weyerhaeuser Co., Potlatch Corp. and Georgia-Pacific Corp., as well as Arkansas-owned companies like Anthony Timberlands; Deltic Timber Corp. and Anthony Forest Products Co., both of El Dorado; Bean Lumber Co. of Glenwood; and Travis Lumber Co. of Mansfield.

And the headlines announcing layoffs and plant closings in the state’s forest products sector continued close upon each other. On Nov. 12, 2007, Arkansas Business reported on a “historic decline” in the state’s sawmill industry. On Nov. 13, 2007, an Arkansas Democrat-Gazette headline read “Nation’s home-sale woes leave sawmills in the dust.”

In late 2008, Ray Dillon, then-CEO of publicly traded Deltic Timber, said, “We’re in a condition that is the worst I’ve seen since the late 1970s, when data [in the forest products industry] first began to be tracked.”

The collateral damage was all the greater because the timber industry is big in Arkansas. In 2016, it contributed almost 5 percent of the state’s gross domestic product. In 2017, it directly employed 27,749, indirectly employed another 66,000 and had an annual payroll of $1.5 billion and an economic impact estimated at $6.4 billion. Average annual worker compensation totaled $53,511 last year.

But as the Great Recession deepened, unemployment rose in all sectors of the economy, not just the forest products industry, to highs of 10 percent nationally in October 2010 and 8.5 percent in Arkansas in January 2011.

Now, in 2018? Well, housing — though starts are nowhere near their mid-2000s levels — has recovered, with housing starts at a seasonally adjusted annual rate of 1.23 million in October.

And according to State Forester Joe Fox: “I don’t want to be too pollyannaish, but we’ve never done this well in Arkansas. Things are going quite well for the forests of Arkansas and the industry in Arkansas.”

Arkansas is currently growing 40 percent more timber than is being harvested on an annual basis, but the recovery encompasses much more than abundant growth. It’s also signaled by restarted mills, new investment and second shifts and a sense of confidence.

‘Leaner and Meaner’
So what’s changed in the timber industry in Arkansas since the recession? “It’s leaner and meaner,” Fox said.

To elaborate on Fox’s description: Ten years after the Great Recession, some old Arkansas companies have disappeared, Canadian companies have moved into the state in a big way, and the workforce has shrunk by some 6,308 workers, from 34,057 in 2008 to 27,749 in 2017.

In 2015, Canfor Corp. of Vancouver, a publicly traded forest products company, paid $93.5 million for Anthony Forest Products, founded in 1916. It had 272 employees, 208 of them in Arkansas.

Anthony Forest Products had previously made an even bigger sale of assets, selling 91,360 acres of timberland and timber-cutting rights to Molpus Woodlands Group LLC of Jackson, Mississippi, in 2009 for $173 million.

After the announcement of the Canfor buyout, Anthony Forest Products CEO Aubra Anthony told Arkansas Business that the company’s survival into the fifth generation was a rare accomplishment but that fewer family members had been involved in the day-to-day business of the company.

“It was a family consensus that if an opportunity presented itself, which it did, that this was the best of any possible choice for the family members,” he said. “We just put it off longer than most people wind up doing.”

Another casualty was the Bean Lumber Co. of Glenwood, once one of the largest independently owned Southern pine manufacturers in the country. Hard times in the industry and family disputes doomed it.

The Canadian Invasion
Canfor was not the only Canadian company to snap up properties in Arkansas.

West Fraser wasn’t a stranger to the state. It had earlier, in 2000, bought a sawmill in Huttig (Union County) from Plum Creek Timber Co. and, in 2007, a lumber mill in Leola (Grant County) from International Paper.

In 2015, Interfor Corp. of Vancouver paid $29.3 million for the Monticello sawmill owned by The Price Cos. Inc. of Monticello.

Also in 2015, Conifex Timber Inc. of Vancouver paid $21 million for a shuttered Georgia-Pacific sawmill and related facilities in El Dorado. In January 2017, Conifex announced that it was spending $80 million to modernize and restart the El Dorado mill (see Conifex Adds 2nd Shift In El Dorado). And in May of this year, Conifex bought the Caddo River sawmill in Glenwood.

Conifex’s president and CEO, Ken Shields, had words of praise for Arkansas’ timberlands. “I have visited timberlands in Europe and in Siberia, and in New Zealand and Australia, and I haven’t come across timberlands that are as attractive as they are in south Arkansas,” he said.

Helping to drive this Canadian purchase of properties in Arkansas and other Southern states was a mountain pine beetle epidemic that began in British Columbia in 1996 and has killed millions of acres of pine trees. And in eastern Canada, government harvesting limits are cutting timber supply.

“The Canadian industries had a lot of capacity and a lot of capital and not a lot of material to move, and as the housing market has been recovering, they have invested very heavily into the United States,” said Matthew Pelkki, holder of the George H. Clippert Endowed Chair at the Arkansas Forest Resource Center in Monticello. “We’ve seen about $3 billion worth of Canadian acquisitions and upgrades throughout the Southeast U.S.”

These companies, Pelkki thinks, are “here for the long run.”

As for the timber industry rebound, “I think it still has a ways to go,” Pelkki said. “I don’t think that the rebound is over.”

Stock market declines, however, could weigh on the industry, he said. “I think that may slow the recovery a little bit but the housing market is going to continue to be a pull. We’re seeing that the U.S. South is becoming much more of a global wood fiber source. I think that’s going to help. So I think that this march is going to go on and continue to go on for the foreseeable future. I don’t see any blockages.”

‘We Came Through It’
Anthony Timberlands is a good example of an Arkansas company that rode out the recession and came back stronger. But that success was hardly a sure thing, said Steve Anthony. “2006-2012 — I lost a lot of sleep during those years,” he said.

2009 in particular was a bad year for the Bearden company, which owns pine and hardwood sawmills as well as other forest products manufacturing facilities in south Arkansas, along with, currently, 150,000 acres of timberland. That year saw Anthony Timberlands’ annual revenue fall almost 16 percent, to $156 million.

The company didn’t start to pull out of the slump until 2012, Anthony said. A couple of factors helped it survive. “We had a lot of unencumbered timberland that we were able to use to access credit. Our CFO, who’s still our CFO, Rick Green — it’s hard for me to figure out how he did it.

“Our major banking partner bailed on us in about 2010 and called their loan because we were in violation of some covenants. They called their loan and it was not a good time to try to replace that credit, as you can imagine.

“But Rick had some very good banking relationships with some banks that really stepped up and helped us through the period.”

One of those was IberiaBank of Lafayette, Louisiana. In particular, Robert Head, who was with IberiaBank at the time, “was very crucial in helping us through that period,” Anthony said.

“In 2012, when this thing turned around, with cheap timber prices and high lumber prices, we had our three best years in history, so we came through it,” he said. “Some people didn’t.” In 2014, Anthony Timberlands reported record revenue of $251.3 million. Since then, revenue has remained far higher than the recession years, reaching $248.9 million in 2017.

But the recession marked Anthony and he remains cautious. Late last month he told Arkansas Business: “We’ve had the longest period of good markets that I’ve seen in my lifetime, which makes you a little bit nervous, especially given the fact that lumber prices absolutely crashed about six or eight weeks ago. We tend to be a leading economic indicator, and I hate to think that that’s a signal of what we’re getting ready to see in 2019.”

Conifex Timber’s more than $80 million update of a former Georgia-Pacific sawmill in El Dorado means that almost everything at the mill is new, said Brett Bray, vice president of Conifex’s U.S. operations.

Among the new equipment: a dual-cab log yard crane and the primary breakdown system. The planing mill was a complete rebuild, and an auto-grader was added. The log yard was reconfigured and new scales were purchased.

The El Dorado mill now employs 140 and, between it and Conifex’s mill at Glenwood, the company has 300 workers in the state.

Bray expects the El Dorado mill to produce 150 million to 160 million board feet per year. The company added a second shift in August. 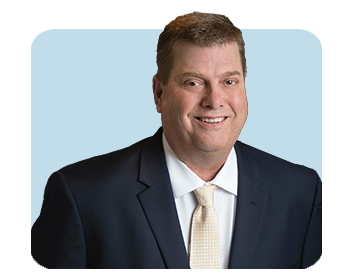 Conifex, based in Vancouver, hasn’t had trouble finding employees, Bray said. In Glenwood, the company had 300 applicants for 100 positions. And in El Dorado, “they’ve had zero problems” finding workers.

The turnover rate is about 9 percent, he said, “which is doing extremely well for the sawmill industry. I’ve seen them as high as 50 percent.”

The company has added a second shift at the Glenwood mill as well.

“It warms your heart to see the people come back to work,” he said.