Blake Evans is one of the state’s top experts on poultry genetics, and for that he can thank his own bloodline.

His maternal grandfather, Lloyd E. Peterson, developed one of the hardiest and most popular chicken breeds of the 20th century, a rooster known as the “Peterson male.” Peterson, who died in 2007 at 94, also built Peterson Farms into one of the country’s top 25 poultry operators and one of Arkansas’ largest private companies.

“I was in chicken houses basically since I was a baby; one of my first jobs was working with our geneticist,” Evans told Arkansas Business last week. “I’m actually sitting in my grandfather’s old office.”

Evans, the last CEO of Peterson Farms before selling all broiler operations to Simmons Foods Inc. of Siloam Springs in 2008, has hitched the family legacy to a new partnership: a startup headed by a co-founder of the meal-order service Blue Apron.

The new company, Cooks Venture, has quickly ramped up to produce premium chickens with free access to the outdoors, relying on Evans’ hatcheries, farms and poultry houses in Decatur (Benton County).

Promotional photos display the company’s birds in farmyards, pastures and woods; one shows a hen leaping 5 or 6 feet off the ground to pluck a leaf from a branch.

Matthew Wadiak, the Blue Apron co-founder who is now Cooks Venture’s CEO, called the stock “super chickens, sort of the Olympic athletes of poultry.” The company started raising them in August and is already processing 40,000 a week at the production facility in Jay, Oklahoma, about 25 miles northwest of Decatur.

“Our plant’s overall capacity is 700,000 birds a week, and we’d definitely love to be able to fill that up within the next couple years,” Evans said.

Wadiak told Arkansas Business that after leaving Blue Apron three years ago, he resolved to help build a regenerative, Earth-friendly food industry one chicken at a time. He’s also building a feed supply chain that will help farmers capture carbon in their soil, combating climate change.

Cooks Venture’s birds are slow-growth heirloom chickens developed through a “nine-figure investment that has taken over a decade to come to fruition,” the CEO said. Part of that investment was in Evans’ Crystal Lake Farms operation, which included a hatchery, barns and pedigreed stock.

“I’ve been all over the country, and I’ve never seen anything like it,” Wadiak said. “Blake’s grandfather put the parcel together in the ’40s and ’50s. It’s a beautiful piece of land, and it blew my hair back a little bit. The place and the birds were remarkable.”

He called it the country’s only biodiverse and vertically integrated poultry operation, built over 10 years at Crystal Lake Farms by Evans and Richard Udale, now Cooks Venture’s director of genetics.

“Richard and I began this journey over a decade ago to breed the best-tasting slow-growing chicken in America,” Evans said. He said the venture goes beyond “green-washed buzzwords like ‘organic’ and ‘sustainable,’” offering truly outdoor-raised heirloom birds at about $4 a pound, a premium to average supermarket poultry.

“Everyone pretty much agrees that the flavor and texture are much better,” Evans said. “You can taste the difference, and chefs tell us that our birds also cook up better. There are a lot more muscle fibers in our chicken, and that comes through the breed, the genetic selection and the growth curve. The meat is not stringy, as ordinary chicken can be.”

Cooks Venture has been selling to the food-service and restaurant industries, and has partnered with the grocery delivery service FreshDirect on the East Coast. “On the West Coast, we launched with Golden Gate Meats and we’ve been working here with Ben E. Keith [Co.] regionally, getting ready to start getting back with them,” Evans said.

Innovation is a spur for Evans, as it was for his grandfather. Lloyd Peterson founded what became Peterson Farms in 1939 and by the 1950s had started work on his master work, the Peterson male.

“The history of my grandfather is interesting,” Evans said. “He started in Decatur working in a local co-op, buying and selling things, and a couple of those things were chicks and eggs. He really wasn’t pleased with the quality, and came to think he could breed a better chicken himself. 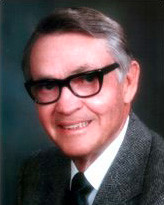 “So with a high school education, he threw himself into learning about breeding in the ’50s, ’60s, ’70s and ’80s.” The Peterson male became the world’s leading male line genetic bird, dominating the U.S. breeder market with 70% of the market by the mid-1990s, the company said.

“It was very good with feed conversion, easy to manage, has great livability and the highest fertility in the country,” Evans said. “That was really the big success of his, alongside a broiler division he also started.”

That broiler division was among the assets Evans sold to Simmons in 2008. Though the sale coincided with the failure of a Bentonville-chartered bank, ANB Financial, Evans told reporters at the time that the two events weren’t related, even though Evans and his parents owned about 30% of the bank.

“I’m going to go back with some details,” Evans said. “I really began with my grandfather on the research and genetics side as a kid. Back then, we were processing over a million birds a week.”

After getting a degree at the University of Arkansas, he entered the financial world with Merrill Lynch, but lasted just four years. “I never felt any real pressure to go run the family business until I went into something different. I’d been on the board of my grandfather’s company that entire time, though, and I became CEO of Peterson Farms in 2004.” 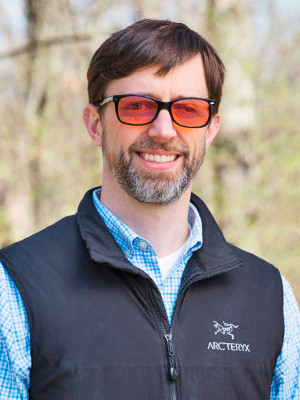 “Everyone pretty much agrees that the flavor and texture are much better. You can taste the difference, and chefs tell us that our birds also cook up better. There are a lot more muscle fibers in our chicken, and that comes through the breed, the genetic selection and the growth curve. The meat is not stringy, as ordinary chicken can be.”

The company was producing about 1.3 million birds a week and had about $180 million in annualized sales, Evans said. “But the company was very much commodity-based, which is kind of high-risk and high-reward. That was a dangerous place to be. I started to work with different things like retail customers, and value-adding for our processed items, trying to stabilize the revenue of the company.”

When Peterson died, Evans faced a choice. “I marketed and sold the company to Simmons in July of 2008,” he said. “It was a major transition. We went from 900 employees to 13 over the course of a weekend. We kept our genetic lines and two hatcheries. We also had probably 80 older-style poultry houses at that time, and we had a lot of land.

“That’s when Richard Udale and I started talking about what’s wrong with the poultry industry and where we could make an impact.”

They determined to reach back to the heritage chicken lines the farm had developed, looking for birds with “fast growth and characteristics like that,” Evans said. “The idea was basically building a better bird from the ground up, naturally. That’s really where the current segment of the story starts for me.”

How did he meet Wadiak?

“I’ll fast-forward a little bit. Through the development of the breed with Richard we launched Crystal Lake Farms in 2013 and started selling to companies like Whole Foods,” Evans said. “We really worked to grow the business.”

In late 2015 or early 2016, Evans heard from employees of an animal-welfare agency he supported. “They called one day and said there’s a guy you need to meet, and that he was flying to Arkansas that night.”

The guy, of course, was Wadiak, and Evans made a point of introducing himself. “He got in late at night with a couple of people from his team, and we had a late-night pizza and talked.”

The dam broke when Wadiak saw the farm, both men say.

“We showed him the land, the facilities and the birds, and he was just blown away,” Evans said of Wadiak. “He said it was exactly what he was looking for from his time at Blue Apron. He wanted to put this chicken out to customers, and now that’s exactly what we’re doing.”