by Timothy Grooms and Robbi Rosenbaum
Article sent successfully!
We were unable to send the article.

Many Arkansas businesses temporarily shut their doors in light of COVID-19, leading to uncertainty regarding the status of their contracts. Most contracts have a “force majeure” clause, in which the parties agree to waive some or all responsibilities in light of unexpected activity constricting a party’s operations. Parties should understand their rights and responsibilities under their contracts as they consider how to respond to the evolving COVID-19 situation.

Language of the Clause

Parties seeking to suspend performance should first check the language of their contract’s force majeure clause, which must include language encompassing COVID-19. If the clause includes examples like “pandemic” or “quarantine,” the party should be able to invoke the clause. However, most force majeure clauses are not so specific. If the clause references a “government action” or “government order,” a party could argue that certain mandatory governmental directives excuse performance under the clause.

To qualify for excusal under most force majeure clauses, the COVID-19 pandemic must make continued performance legally or physically impossible. Physical impossibility would be difficult for most businesses to prove in relation to COVID-19, for inconvenience or a decline in revenue is not sufficient. Legal impossibility encompasses circumstances where government restrictions make performance illegal, giving businesses who faced mandatory closures the strongest case.

The force majeure clause may alternatively be broader, covering acts making performance “impossible or reasonably impracticable.” However, parties should hesitate before arguing impracticability. Arkansas courts frequently distinguish between impossibility and impracticability in theory, but rarely in practice.

Arkansas courts require mitigation before granting excusal, generally requiring diligent efforts. Courts are most willing to excuse a party’s breach when the party has attempted to mitigate the damage. With this in mind, Arkansas courts have refused to grant excusal when the breaching party did not resume performance as quickly as reasonably possible. Business owners should keep this in mind as they decide on a reopening date.

Alternatively, if a breaching party tries to cancel performance completely under the force majeure clause, the other party should offer mitigation options like reduced rent or delayed due dates to prevent total cancellation. Arkansas courts frown on attempts to call off performance when a path to mitigation exists.

Most force majeure clauses require notice to the other party, and notice is a good idea even when not required. The party invoking the clause should write a letter to the other party detailing the situation, discussing why continued operation is impossible and why mitigation is unavailable. Courts in Arkansas take the notice requirement seriously.

Force majeure clauses differ in scope. For example, many force majeure clauses in leases provide for closure without violating the covenant of continuous operation but do not excuse payment of rent during the time of closure. On the other hand, clauses in leases excusing parties from “any term, condition, or covenant” of the lease would excuse payment of rent. Additionally, as noted herein, Arkansas courts grant excusal only for a reasonable time regardless of the clause’s language. 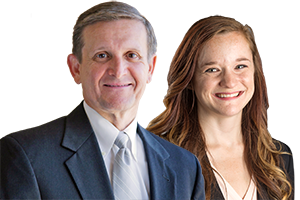 Timothy W. Grooms is a founding member of the Quattlebaum Grooms & Tull law firm, which has offices in Little Rock and Springdale, and head of its transactional department.

Robbi R. Rosenbaum is a clerk at the firm who is finishing her law degree at the University of Arkansas at Little Rock’s Bowen School of Law.