Almost 50 years after Winthrop Rockefeller died, the three nonprofits seeded by his fortune are evolving their missions for doing good in Arkansas, the nation and the world, while adapting to a COVID-challenged giving environment and a rapidly changing era of remote work.

One example of that evolution was Winrock International’s sale of its 25,000-SF headquarters in Little Rock last month for $5.4 million, leading to speculation about the organization’s future in Arkansas.

But Winrock International will always have its home in Arkansas, CEO Rodney Ferguson says.

And that’s appropriate. An unorthodox and restless leader from what was then America’s richest family, Rockefeller traded a New York playboy’s life for a Conway County mountaintop at age 40, finding a home and an ethic in Arkansas. He devoted the last 20 years of his life to promoting both.

And though their names can sometimes inspire confusion, the entities have very different functions, all reflecting the former Arkansas governor’s belief that great wealth imposes a great obligation: service to others.

“We were born to wealth but … taught to respect the value of the dollar and to recognize that inherited wealth was in a sense given to us in trust,” Rockefeller wrote to in a letter to his young son, Win Paul, who would become lieutenant governor in a life like his father’s, cut short by cancer. Winthrop’s own father, the great philanthropist J.D. Rockefeller Jr., had taught him to be a steward. “While we would live comfortably with that which we inherited and earned, we had the responsibility to see that these resources were also used wisely in the service of our fellow man.”

A grandson of John D. Rockefeller, the Standard Oil titan and richest individual in American business and economic history, Winthrop Rockefeller left Yale without a degree, worked in the oil fields, and led troops as a swashbuckling, handlebar-mustachioed combat officer in the Pacific in World War II. He became Arkansas’ 37th governor after moving to Petit Jean in 1953, guided there by Little Rock businessman Frank Newell, an Army buddy.

In two terms as the state’s first Republican governor since Reconstruction, beginning in January 1967, Rockefeller completed the court-ordered racial integration of Arkansas schools, instituted a minimum wage, reformed prisons as a death-penalty opponent and rooted out ingrained corruption, including illegal gambling in Hot Springs.

Upon his death at 60 in 1973, he bequeathed hundreds of millions in today’s dollars to the foundation and the Winthrop Rockefeller Charitable Trust, a continuing source of funding.

Loyd’s operation of about 60 full-time employees is caretaker to Rockefeller’s legacy and his Petit Jean compound, now a University of Arkansas-affiliated meeting and conference center with a team of problem-solving facilitators and rooms for up to 75 guests. The grounds include his old office, frozen in time. Here is the map charting his war exploits, complete with inside jokes. There is the WR brand, his briefcase, the desk where he plotted a political future and honed the progressive philosophy and cooperative spirit that all the nonprofits carry on.

On-site work at Rockefeller’s hilltop lodge always goes on, even though a few workers were able to shift routines for COVID. “If you were building a conference and meeting center today,” Loyd joked, “you might not put it in the middle of 180 acres that have to be mowed.”

With its building at 2101 Riverfront sold, Winrock International lacks a permanent fixed address, but it has taken temporary space in downtown North Little Rock and is pondering a move-in with one of its affiliates nearby, the Arkansas Regional Innovation Hub.

The largest of the Rockefeller philanthropies with an annual budget of about $100 million and 900 employees in more than 40 countries, Winrock’s mission is to better the lives of disadvantaged people. “About 225 of our workers are within the United States, and the rest are in projects around the world,” Ferguson said in a telephone interview.

Winrock reassessed its office space after surveys found that only 20% of employees wanted a 9-to-5 office routine; 50% wanted to work remotely exclusively. That was a force in the decision to sell the office building last month to an investment group led by Cushman & Wakefield/Sage Partners. The site’s new tenant will be Uniti Group Inc., the Little Rock fiber and telecommunications company. 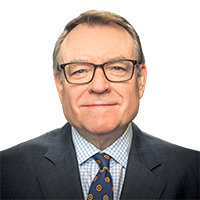 Money was no object in the deal, Ferguson said, calling Winrock’s financial position “stronger than ever.” Winrock derives much of its revenue from the government, including the U.S. Agency for International Development, and it has a $60 million endowment to draw on. “The sale was a result of the changing needs of our workforce,” he said.

With about 65 employees in Arkansas and 100 in the Washington area, Winrock has leased temporary space at Argenta Place, above Cregeen’s Irish Pub at Main and Broadway. He added that the organization is looking into “eventually going in at the Hub” at 204 E. Fourth St. in North Little Rock, but Commerce Department grants that backed the hub’s buildout will have to be taken up by Winrock. “It’s all positive but until we get a final approval, things are a bit uncertain. We’ll know probably within 30 to 60 days.”

Winrock is a leader in international agricultural development, working with small farmers to improve opportunities, raise living standards and build market systems. “We also have an environmental program internationally and domestically,” Ferguson said. “We own an affiliate in California, the American Carbon Registry, which handles the California cap-and-trade program. Winrock is also the largest implementer of counter-trafficking work on behalf of the U.S. government globally.”

A domestic program, the Wallace Center, helps U.S. farmers, and Winrock aids companies like Nestlé with environmental and sustainability initiatives. “We’re a pretty complex organization, with a lot going on,” Ferguson said.

The pandemic has disrupted many charities, and just last week the Chronicle of Philanthropy reported on a $2 million drive by top national foundations to promote more giving. The report found that the proportion of Americans giving to charity is about half, a modern low.

“Most of our revenue comes from USAID, the Department of Labor, the USDA, the State Department, etc.,” Ferguson said. “We get money from countries like the United Kingdom and Germany, and the Norwegian government funds some of our energy environment work. We also benefit from a whole range of foundations.” 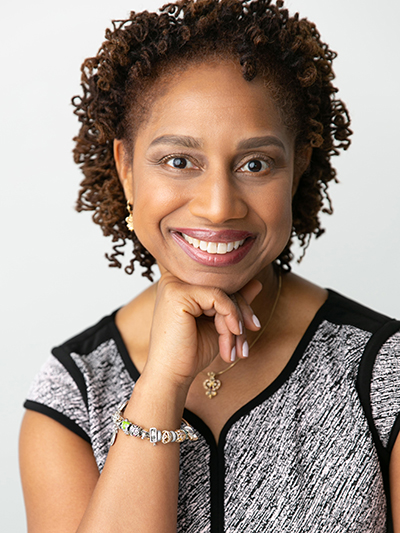 The foundation, on Markham Street in Little Rock, is the smallest of the three organizations with 10 employees, including CEO Sherece West-Scantlebury. Its annual budget is about $6 million, depending on how the Rockefeller bequest performs in the markets, and it makes grants of $3 million to $5 million a year at home in Arkansas.

“Our mission is to relentlessly pursue economic, educational, social, ethnic and racial equity for all Arkansans,” West-Scantlebury said. “We have been in existence since 1974, one of the first of the three organizations to be established.”

The foundation issued $3 million in grants last year, pursuing a state where “all residents are prosperous, earn a family-supporting wage, participate in a thriving economy and build generational wealth.”

Projects included ALICE in Arkansas, a drive to understand and address the struggles of low-wage working families, a big investment in Delta broadband access and cash infusions for community development partners and financial institutions supporting small businesses ineligible for COVID-19 relief loans. Organizations getting grants ranged from Arkansas Advocates for Children and Families to the Arkansas Women’s Foundation. “We do grant-making in three bold areas,” West-Scantlebury said, “economic equity, educational equity, and ethnic and racial equity.”

Back on Petit Jean, the Winthrop Rockefeller Institute isn’t preserving just everything. It has closed its gift shop to free up space for a coffee shop and meeting area in the institute’s main building, which houses conference halls, meeting rooms, a restaurant and a museum of Rockefeller’s life, the Legacy Gallery. The gift shop was never profitable, said Loyd, who outlined the institute’s financial sources.

“Part of our revenue comes from our conference and programs business, and part comes from fundraising and outside sources like private gifts,” Loyd said. “A large part is provided by an endowment from the Winthrop Rockefeller Charitable Trust invested with the University of Arkansas Foundation.”

The institute commands a breathtaking view from Petit Jean to the Arkansas River Valley below, and the Rockefeller charity websites all include a photo of Winthrop Rockefeller, arms outstretched along the cliff, taking it all in.

The site’s green woods, fields and lake for canoeing and kayaking serve the institute’s mission of bringing people together to confront problems. The sights, including some impressive cattle, are also an amenity when the University of Arkansas needs a meeting place for one of its programs.

“What makes us special is our people, our place and our process,” Loyd said. “We are not the experts, but we are experts in meeting design, and we guide our guests very intentionally, following the Rockefeller ethic, employing respectful dialogue, collaborative problem-solving and a diversity of viewpoints.” When Rockefeller first saw Petit Jean, Loyd said, he declared “I have seen the sunrise of my dreams.”

“When you make that 20-minute winding drive up that mountain, you feel you’re leaving your work behind, leaving your other problems and issues behind,” Loyd said. “You feel that you’re arriving somewhere to do something important.”