All Packed Up With No Way to Go

A month ago, I wrote how the supply chain of imported goods was bottlenecking at the ports of Los Angeles and Long Beach. The parking lot in San Pedro Bay has gotten even more crowded as October ends.

On Oct. 13, President Joe Biden announced the Port of Los Angeles would start operating 24 hours a day, seven days a week, joining the Long Beach port, which had already done so. Unfortunately, it doesn’t appear that the change in hours of operations is going to have an effect on the congestion at the ports, at least not anytime soon.

The Pacific Merchant Shipping Association said dwell time for truck-destined cargo was nearly six days in September, which the PMSA called a record. That means a container unloaded at the docks sits there for six days before it is moved to a holding warehouse or some other area; pre-pandemic the dwell time was less than three days.

For cargo scheduled to be moved by railroad, the dwell time was down to 5.5 days in September after being more than eight days in August. But the PMSA said preliminary data showed an increase for October.

“Container dwell time allows us to see how long containers are staying on terminals before getting picked up, and they are staying for too long,” PMSA President John McLaurin said. “Terminals are drowning in imports. The need for cargo owners to pick up their containers in a timely manner is greater now than ever before.”

On Oct. 25, the two ports announced they would start charging ocean carriers $100 a day for each container that dwells on the marine terminals. For containers scheduled to move by truck, the surcharge starts after nine days; for rail containers, it starts after three.

The surcharge goes up in $100 increments in subsequent days.

“With the escalating backlog of ships off the coast, we must take immediate action to prompt the rapid removal of containers from our marine terminals,” said Port of Long Beach Executive Director Mario Cordero, who attended Biden’s 24/7 announcement in mid-October. “The terminals are running out of space, and this will make room for the containers sitting on those ships at anchor.”

The supply chain problem at the ports isn’t one problem; it’s a cascade of problems. Ships can’t be unloaded because of labor and equipment restraints, cargo that is unloaded doesn’t always have a place to go because warehouses are full of previously unloaded containers, which can’t be moved because of a lack of drivers and equipment, and so on and on and on. 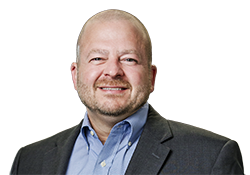 “The problems are legion,” said Doug Voss, a supply chain management professor at the University of Central Arkansas in Conway and a board member of the Arkansas Trucking Association. “You have to fix all the problems that happen in each supply chain node to fix the entire problem.”

In Biden’s announcement, he mentioned that Walmart Inc. of Bentonville had committed “as much as a 50% increase” in moving its goods from the ports during off-peak hours. The theory is that opening the ports 24/7 will allow more efficient moving of goods; Biden said cargo moves 25% faster at night than during the day.

The supply chain issues are looming heavy in America now because it is a country of consumers and Christmas is a-coming. Voss said don’t expect a quick fix because the supply chain kinks, like a tangled cluster of Christmas lights, are going to take some time to unravel.

“These shocks to the supply chain cause everything to go into a state of disequilibrium,” Voss said. “The supply chain works best when everything is smooth and steady and is predictable. When you insert these shocks into a system that thrives on predictability, you get what we have right now.”