Keith Richardson is known for developing apartments, but that doesn't mean he plans to turn his newest property, Bank of America Plaza, into a residential space.

"Well, just because I do multi-family apartments, I think everybody just kind of assumed that was my plan," Richardson told Arkansas Business on Tuesday.

Instead, Richardson is scheduling repairs and renovations to support the continued use of the 24-story tower in downtown Little Rock as an office building. That process will include updating mechanical systems, cosmetic work to the building's exterior and common spaces, and re-branding. Richardson also envisions a fitness area for tenants and lounge areas for people to hold informal meetings in a "coffee shop-type of environment." 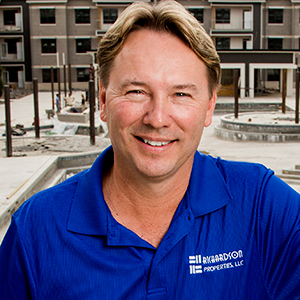 He said he’s still putting together the cost of the renovations, but estimates they'll start at about $2 million. The process could take 6-8 months. After that, Richardson plans to start a campaign to re-lease the building.

"At some point in the future, it may be a little bit of mixed use, but for right now I’m going to renovate the building, do all the mechanical systems that’s been pushed off for the past few years and get the building back in a Class A-type situation," Richardson said.

First Security Bank of Searcy was the seller. The bank recovered the building at a foreclosure sale in April after suing the previous owner, California investor group 200 West Capitol LLC, for defaulting on an $8.4 million loan. The foreclosure came after the building's largest tenant, the Wright Lindsey Jennings law firm, sued over repairs and maintenance in the building that had allegedly been neglected.

The third-tallest building on Little Rock's skyline opened in 1969. Richardson said it still has good bones, which made the purchase attractive.

"It's a great building. It’s an iconic building in downtown Little Rock. I've always looked at it," he said. "I looked at it about three or four years ago when it was for sale, and just at the time … had some other opportunities in front of it. But I always liked the building.

"And, once again, it just needs some capital improvements to it, and once that happens, it's going to go back to being a great building again."

At last report, Richardson owns more than 2,000 units of market-rate apartments in central and northwest Arkansas.