Supporters of the marijuana legalization issue on the Nov. 8 Arkansas ballot have arguments aplenty for creating a vast new adult cannabis market, but the bottom line is business.

About 80,000 Arkansans with medicinal marijuana cards spent $265 million at 37 dispensaries in 2021, generating $34.5 million in tax revenue. A market for all of Arkansas’ 1.87 million drinking-age adults would be at least three times as large, with triple the tax potential, projections calculate.

Legalization would also keep Arkansas in step with a national trend and free it from enforcing marijuana prohibitions while presumably slicing into the notorious black market.

Issue 4 on the ballot would let the state’s eight existing medicinal cannabis cultivators and 40 licensed dispensers supply most of the new market. (See sidebars for details on the amendment and the money behind it and against it.)

A report issued last week by the Arkansas Economic Development Institute projected that legalization could add $2.36 billion to the state gross domestic product over five years. For context, last year’s state GDP was $120 billion. The study was commissioned by Responsible Growth Arkansas, the industry group behind the ballot initiative.

Reports Filed to the Arkansas Ethics Commission Show Expenditures by Groups that Have Lobbied For and Against Arkansas Issue 4:

► For: By Aug. 31, Responsible Growth Arkansas had raised just over $4 million, all from Arkansas medical cannabis entities. Osage Creek Cultivation LLC of Berryville has been the largest cumulative donor at $800,000. Ozark REA LLC of Sherwood donated $150,000 in August, and has given $175,000 in all. Several Arkansas cultivation and dispensary leaders declined to comment for Arkansas Business.

As of Sept. 15, Cameron had donated $1.25 million in total to Safe and Secure Communities of Downers Grove, Illinois, formed to fight the ballot issue. The other $750,000 came from Uihlein on Aug. 1. Cameron declined to comment.

Former state lawmaker Charles Blake, a Little Rock-based consultant and vice principal of Think Rubix, does not work with the marijuana industry but sees vast potential benefits in legalization. His firm outlined arguments for it in a recent paper, “Greener Pastures,” which concludes the national trend toward legalization is set. Eighteen states and the District of Columbia all have legal adult marijuana, and several states beyond Arkansas are pondering it. 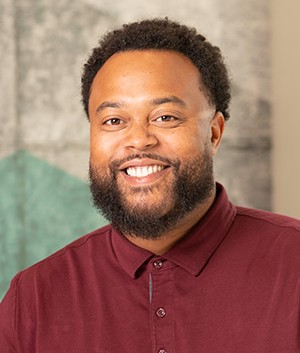 “One in three Americans have access to recreational cannabis now, and Arkansans support it, according to polling,” Blake told Arkansas Business. “Collectively sales have raised $10 billion in tax revenue nationwide, with most of that going toward infrastructure and schools.”

Legalizing cannabis would allow police to redirect resources to solving more serious crimes, he said. “We don’t want to be the last state to do this. We’re talking about raising tax money, fighting crime instead of fighting marijuana, and providing jobs and opportunity,” Blake said.

Nate Steel, an attorney at Steel Wright Gray of Little Rock and Good Day’s chief compliance and government affairs officer, said the company supports adult-use cannabis and the “causes funded through this initiative,” including 15% of tax proceeds to law enforcement and a 70% share to the state’s general fund.

“We believe in good cannabis for adult use,” Steel said in a statement. “Every day, we hear from patients whose lives have been changed for the better because of access to this plant, and see no reason not to extend access to thousands of citizens…” 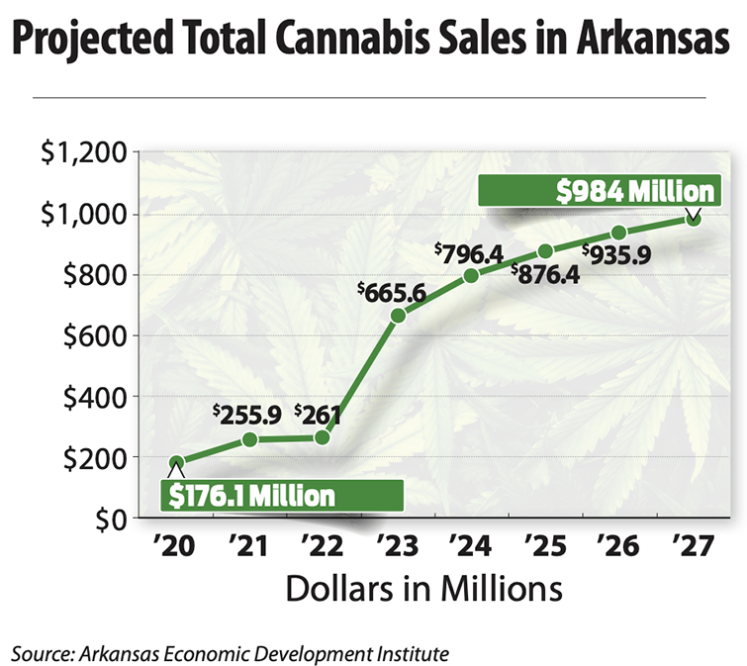 But opponents say black markets are thriving and perhaps growing in California, Colorado and other pioneering states in legalization. Ronnie Cameron, the Mountaire Corp. CEO and third-generation Arkansas poultry entrepreneur, has spent more than $1.25 million fighting the Arkansas legalization plan.

Cameron wouldn’t comment, but through an associate  pointed to last month’s package in the Los Angeles Times headlined “Inside California’s pot legalization failures.” It detailed thriving illegal markets marred by violence, bankruptcies by small growers and sellers crippled by chain ownership and the contraband market, not to mention competition among California’s nearly 900 licensed dispensaries and 375 marijuana delivery businesses. Last year the Golden State had a staggering 7,500 licensed cultivators. A proposed limit of 20 recreational cultivators and 120 dispensaries would prevent such a glut in Arkansas, backers say.

But the proposal would put the existing eight cultivators and 40 dispensaries statewide on the ground floor of a lucrative new industry. That is enough to put off many voters, especially considering lingering fears that the medicinal licensing process was unfair and possibly rigged.

David Couch, the Little Rock lawyer who wrote the 2016 medicinal amendment, sees Issue 4 as an industry “money grab,” and he expects implications for the state’s budding hemp market. He and critics like Jerry Cox of the Arkansas Family Council and Gov. Asa Hutchinson, see the ballot issue as something of a pig in a poke. They also fear that high-THC products like gummies, lollipops and flavored vapes will invite underage consumption.

“If the impact of the amendment is speculative, especially upon the already legal hemp market, how can the voter know what they are voting for?” Couch said. Concerns about vagueness on details like THC potency limits were at the heart of a ballot title challenge, but last month the state Supreme Court affirmed the ballot, ruling that no title could satisfy everyone and that voters can be trusted to learn about ballot issues and vote accordingly.

“The failure to amend federal law … means employers are caught in a quagmire” reconciling their policies and legalization, she said. While some safety-sensitive jobs are always likely to require testing, she said, many employers have started shying away from cannabis screens.

“Employers should ensure that they have properly examined each position” for safety sensitivity and “must designate them as such in writing,” Duke said, advising further policy revisions if November’s initiative passes.

Basics of the Ballot Issue

Arkansas Issue 4, up for a vote on Nov. 8, would legalize recreational marijuana use and purchases by people 21 and older from authorized dispensaries up to 1 ounce. It will not legalize home-grown cannabis or affect federal marijuana restriction.

► Existing licensed medical cannabis dispensaries, now limited by number and zone, would be allowed to serve all adults, and to open a new retail location each for the recreational market. As in the medicinal industry, the state Alcoholic Beverage Control Division of the Department of Finance & Administration would regulate rules and licensing.

► The state would issue 40 new dispensary licenses for recreational sales via lottery, avoiding the charges of politics and bribery that hounded Arkansas’ licensing of medicinal businesses after voters legalized medicinal cannabis in a 2016 vote.

► The state will issue up to 12 “Tier Two” recreational cultivation licenses by lottery. These businesses would be able to grow a limited amount of adult-use cannabis.

► The amendment wouldn’t expunge past marijuana offenses or offer any special licenses for communities devastated by the war on drugs. But marijuana business owners with a 5% stake or less in the enterprise would no longer be subject to criminal background checks.

► Individuals would be eligible to have a stake in up to 18 dispensaries.

► The constitutional amendment would allow a 10% supplemental tax on recreational sales on top of existing state and local sales taxes, and 70% of those new tax proceeds would flow into the state’s general fund. Law enforcement agencies would reap 15%, and 10% would fund university research on the cannabis plant. Five percent would go to state court programs.