Restoring Trust in The Medical Board

by Bill Witty
Article sent successfully!
We were unable to send the article.

It was 3:20 a.m. on Oct. 13, 2015, when the Boone County deputy knocked on our door. He had come to tell us of our 24-year-old daughter’s death in Hill County, Texas. Jill’s mother and I got dressed, packed a few things and began the drive to Texas. And thus began a four-year journey into the abyss of the opioid epidemic in Arkansas.

Within hours of the trip, we learned the name of the 52-year-old man who had taken her to Texas. Within days we learned that he was an opioid patient of Dr. James Hawk of Harrison. And about six weeks after her death, we learned that the level of fentanyl in our daughter’s toxicity report was 1½ times the lethal level. Our daughter had never been prescribed that drug. Through my personal investigation into these matters, I learned that Hawk had a storied reputation of overprescribing.

It took some time for me to realize that the Arkansas State Medical Board was well aware of his past. A Freedom of Information Act request in 2016 for his file with the board yielded more than 1,000 pages of complaints, investigations and opinions from the board’s Pain Review Committee members. There were two emergency orders of suspension for alleged overprescribing but never a hearing on any of the dozens of regulatory violations evidenced in the investigations. And somehow, in the face of a complacent Medical Board, Hawk always returned to his practice and resumed his ways.

My first complaint to the Medical Board on Hawk was in May 2017. It was answered with a copy of a letter written by Hawk, justifying himself for prescribing to the man who I alleged to have kidnapped and killed my daughter with his prescriptions. The Medical Board accepted Hawk’s explanation and dismissed the whole matter with no further concerns. It took two more complaints to finally get a vote to investigate the file of Hawk and this patient. And after a former employee from a Harrison pharmacy came forward and provided names of other Hawk patients who were getting 400-500 morphine milligram equivalents of opioids daily, the board finally issued its third and final emergency order on Hawk.

By then, the embattled doctor had finally gotten the attention of the U.S. Drug Enforcement Administration. He surrendered his certification in June 2018 and let his license expire, avoiding yet another hearing. My most recent FOIA request on the matter gives clear evidence that the board had learned, through the investigation of the relationship between Hawk and his patient, that Hawk had been prescribing fentanyl for a year and a half while the patient was not testing positive for fentanyl. Prescribing without a medical purpose is not only a regulatory violation with the Medical Board but is also a criminal act, according to federal statutes. What is absent from these FOIA requests is any evidence that the Medical Board or its attorney, Kevin O’Dwyer, ever contacted any law enforcement agencies to report any potential crimes.

Each and every day, we hear a new story or learn of a new contributing factor in this epidemic, which has affected hundreds of thousands of Arkansans. It became my opinion early on that there is no one single contributor, and there will be no one single solution to its end. In light of the recent federal indictments of Dr. Lonnie Parker in Texarkana and Dr. Robin Ann Cox in Rogers, it appears that at least the federal justice system is trying to do its part.

It’s also worth noting that, in press conferences on both of these indictments, U.S. Attorney Dak Kees credited local agencies with complaining about these doctors. My question to the State Medical Board is “Why would you not be one of these agencies?” If it’s simply because the regs don’t require it, then in my mind that’s shamefully unacceptable. If it’s because HIPPA rules don’t allow it, then it’s time to weigh the value of patient privacy against the opportunity doctors and patients are provided to commit criminal acts and go unnoticed.

According to its website, the Medical Board was charged in 1955 by the Arkansas General Assembly to “protect the health, safety, and welfare of the people … .” Its mission, by its own definition, is “to protect the public and act as their advocate by effectively regulating the practices of Medical Doctors … .” I think it’s far past time that the board stop bringing up the rear in this fight and start leading the charge. Let’s hope that it would do so out of moral obligation. However, based on the board’s history with Hawk, I’d prefer that the General Assembly issue some mandates that can restore the public’s trust in this board. 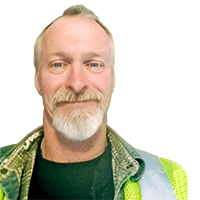 Bill Witty, a lifelong resident of Boone County, has been an executive officer of Northwest Arkansas Economic Development District since 1997. Email him at WDW2080@Gmail.com.