by Mark Friedman and Kyle Massey
Article sent successfully!
We were unable to send the article.

As Arkansans vote on a marijuana legalization amendment that would give existing medical cannabis licencees an overwhelming head start in the multimillion-dollar recreational business, sworn depositions show that the original licensing process was questionable enough to spawn an FBI investigation.

In discussing the depositions, a charter member of the Arkansas Medical Marijuana Commission, Dr. J. Carlos Roman, told Arkansas Business last week that he went to the Federal Bureau of Investigation after a license seeker offered him a bribe. 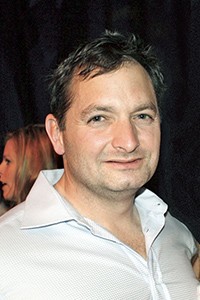 “There was an attempted bribery,” Roman said in an interview, discussing allegations widely reported in 2018 involving Natural State Agronomics, which didn’t receive a license. “I did contact the FBI, and they investigated them. Unfortunately, there was not an indictment against them.”

Roman, a Little Rock pain management physician, said he shared documents with the FBI to show he didn’t accept the bribe offer. His term on the commission, which granted all of Arkansas’ medical cultivation and dispensary licenses, ended in 2018.

The depositions also reveal a Fayetteville doctor’s allegations that an eventual cultivation company part-owner, Dr. Alonzo Williams, had discussed means of gaining influence with commissioners in a meeting of potential cultivation applicants before licenses were awarded. Those allegations appeared in the deposition of Dr. Thomas Benjamin de Miranda, taken on Sept. 20. 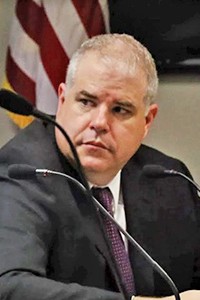 Meanwhile, the commission’s current chair, Bryant lobbyist and former gubernatorial aide James Miller, said in an Oct. 5 deposition that at least one commission decision proved unfair to a company denied a license, 2600 Holdings of Little Rock.

Further, he conceded that the company that got the license, River Valley Relief Cultivation LLC of Fort Smith, was never scored by anyone on the commission because its application had been filed under a different business name.

The depositions, obtained by Arkansas Business before they became public last week, came in a lawsuit by 2600 Holdings against the Arkansas Department of Finance & Administration, its Alcoholic Beverage Control Division and the Medical Marijuana Commission.

The suit, in Pulaski County Circuit Court, alleges that 2600 Holdings, doing business as Southern Roots Cultivation, was denied a cultivation license it deserved, and the license went instead to River Valley Relief Cultivation, whose application listed a similarly named but defunct company. The suit asks for River Valley’s license to be revoked and awarded to Southern Roots.

The depositions offer a rare look inside an opaque system that inevitably generated controversy, awarding licenses worth tens of millions of dollars to winners and sending losers away empty-handed. Now, with the recreational amendment proposing that every medicinal licensee get a matching adult-use license, those permits are poised to increase exponentially in value. Voting began Oct. 24 and continues through Nov. 8.

The depositions and subsequent reporting by Arkansas Business also reveal that Roman and the current and former chairs of the commission answered questions from the FBI. 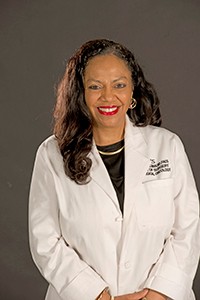 The commission’s original chair, Dr. Ronda Henry-Tillman, said in an Oct. 13 deposition that she had answered FBI questions about Roman, and about “different relationships.” She bristled at questions suggesting misconduct by the commission. “I never did [engage in] misconduct with the Medical Marijuana Commission,” Henry-Tillman told Southern Roots attorney Abtin Mehdizadegan. “And I’m appalled that you would even state that over this. I am appalled.”

De Miranda, another witness deposed by Southern Roots, said that his father-in-law considered seeking a cannabis business license but was scared off by talk of potential bribery.

De Miranda said his father-in-law, Kevin Horton, was considering submitting an application when Eddie Armstrong, a friend and cannabis activist, mentioned that his own father-in-law, Dr. Alonzo Williams, was also interested in the new industry.

“The two of them got in touch and they discussed for a fairly short period of time doing it together, but ultimately chose not to,” de Miranda said in the deposition, dated Sept. 20.

Though he said he didn’t remember all of the details of a conversation with Armstrong and Williams that took place at a Little Rock restaurant, de Miranda said in the deposition that “it obviously sticks out in my mind that there was a discussion of bribing public officials, which is why there was an immediate stop to that conversation and the parties parted ways.”

Mehdizadegan asked de Miranda if Williams had mentioned “back-door deals” that he wanted to work in order to obtain a favorable score from the commission. “Well, I don’t know if the term ‘back-door deals’ specifically was used,” de Miranda replied, but “there was some discussion of having talks with commissioners regarding the application and somehow giving it favorable terms or something of that nature.”

De Miranda said the FBI reached out to him around the time the first licenses were issued in early 2018, and that he’d had a 10- or 15-minute interview with an agent.

In her deposition, Henry-Tillman said that all licensing decisions were made on the merits of the applications. And she said she couldn’t recall specific questions from the FBI about Armstrong or Williams.

Armstrong is chairman of the industry group promoting the recreational proposal, Responsible Growth Arkansas. Williams is an owner of Natural State Medicinals, a cultivator in White Hall. “The FBI didn’t talk to me about Eddie Armstrong or, directly, Alonzo Williams that I recall,” Henry-Tillman, a Little Rock breast cancer surgeon, said in the deposition.  “They talked about the different applications. But I don’t really recall. I don’t know of any schemes.”

Henry-Tillman told Arkansas Business in an interview last week that she’s never been investigated by anyone. “I’m a very honest person,” she said. Any allegation involving impropriety by Williams was “a total lie,” she added.

Williams didn’t respond to messages from Arkansas Business. Armstrong, reached briefly by phone, promised a later interview but didn’t call a reporter back.

The Licensing of River Valley

In Commission Chairman Miller’s deposition, he concluded awarding the license to River Valley Relief Cultivation in 2020 was not fair to Southern Roots, which had scored nearly as well as the application from River Valley’s owner. It was also free of the business name discrepancy that tainted River Valley’s application.

Miller was a commission member from 2016 to December 2018, and returned as its chairman last year.

Miller acknowledged that commissioners had never scored River Valley Relief Cultivation because the company listed on the application was River Valley Production LLC. Nevertheless, the permit went to Nolan in mid-2020.

ABC officials eventually conceded that Nolan had dissolved River Valley Production’s business license well over a year before the license was granted in that name.

Doralee Chandler, director of Alcoholic Beverage Control, which enforces rules on marijuana facilities, said in her deposition that Nolan received the cultivation license as a “natural person,” though all licenses name specific businesses.

Court filings point out that Nolan experienced a radically different outcome with his application for a dispensary license; he was refused that license on the same grounds that did not halt the cultivation license.

Nevertheless, the commission awarded River Valley Production a cultivation license in June 2020. By the time commissioners began considering Nolan’s separate dispensary application in late 2020, they had been told the company listed was defunct, and denied it a license on that basis.

In short, one of Nolan’s dissolved entities got a cultivation license while his identically situated dispensary company was rejected. Nolan sued over the dispensary license denial but dropped the case in February 2021.

State officials said the outcomes differed because the commission had no idea the entity on the cultivation license was defunct, but members had learned of the dispensary company’s status before rejecting its application.

In her deposition, Chandler said that the “initial issuing of the license is controlled by the Medical Marijuana Commission at the time they issued River Valley Relief — they issued the license to Storm Nolan. River Valley Production LLC … no one was aware that it had been dissolved.”

Chandler wrote Nolan in May 2021, informing him the ABC had found “substantial evidence” of rules violations in the cultivation application. But instead of revoking the license, the ABC chose to fine Nolan $15,000 and place him on a year’s probation. The state also required a $500,000 performance bond. The probation ended March 16. In his deposition, Miller said it was his understanding that after granting a license, the commission had no authority to revoke or alter it.

Chandler said in her deposition that she’d reached the same conclusion, though the amendment requires cultivation and dispensary companies to be properly licensed as businesses by the Arkansas secretary of state, a requirement River Valley Production could not meet when it obtained the license. 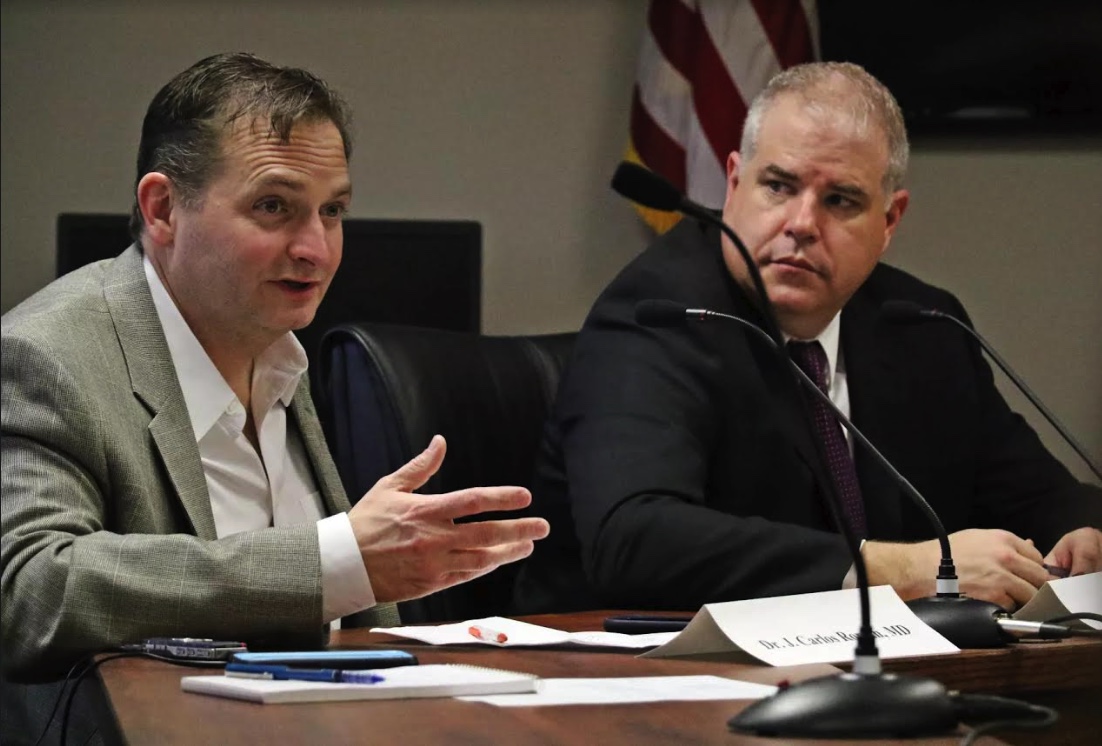 Asked if it mattered legally whether the commissioners were aware of River Valley Production’s dissolution beforehand, Chandler replied, “I think it matters on how the commission voted. They voted to award it. I don’t know how they would have voted if they hadn’t had that same knowledge of the dissolution of River Valley Relief Production at the June 30th [2020] meeting.”

The rather loose scrutiny of River Valley’s application contrasts sharply with other facets of a highly monitored and regulated medicinal cannabis system. Every marijuana plant, for example, is tracked from seedling to sale.

David Couch, the Little Rock lawyer who authored the medical marijuana amendment, wrote heavy regulation into the proposal because he feared voters wouldn’t favor the measure without them. If he had to do it over, he told Arkansas Business in June, he would distribute licenses by lottery. “At least everyone would have an equal chance under a lottery,” he said.

Couch isn’t neutral on the recreational cannabis amendment. In fact, he’s one of several prominent Arkansas cannabis supporters campaigning against it; he has repeatedly called the plan “a money grab” backed by millions of dollars from medical marijuana companies. He believes any recreational legalization plan should open the market to many more participants, and offer some recognition to people who were arrested and jailed for selling marijuana in the past.

Southern Roots, led by Dr. Carl Johnson of Little Rock and represented by Cross Gunter Witherspoon & Galchus, argues that as an active business, it should have received the license instead of River Valley.

If Pulaski County Circuit Judge Herbert Wright ultimately orders Chandler to take River Valley’s license away, Chandler said in her deposition that she didn’t know whether she would appeal. “I mean, I would have to look at it,” she said.